Invented in 1973, Ethernet has a long and extremely successful history in technology and has proven to be a versatile and resilient standard that continues to push advances in communications over the decades. Ethernet, surprisingly, did not find its way into automotive until the late 2010s and was primarily used for diagnostics, in-vehicle-infotainment (IVI) systems, and connecting remote sensors.

Automotive Ethernet is the physical network that connects components within a car using a wired network. It is based on Ethernet 100BASE-T1 and 1000BASE-T1 transmissions originating from IEEE802.3bp, which operate at 100Mb/s and 1Gb/s, respectively. This standard replaces eight-wire shielded twisted pair cabling with two-wire twisted pair cables, that can transmit 100 megabits per second (Mbps) in each direction, which has the effect of producing less electromagnetic radiation and thus resists interference, and cater to the greater demand for bandwidth; while also reducing wire weight and cost.

Reason for Ethernet Usage in Automotive

Energy-Efficient Ethernet (EEE), which uses a special protocol that allows the device to enter “sleep mode” or essentially turns off the network when not in-use, is used to minimize power consumption when the engine is off (and when the engine is on). 1000BASE-T1 supports EEE functions and as it is important to be able to reduce power consumption, it is another advantage of Automotive Ethernet.

Auto-negotiation is best defined as the mutual agreement by two network devices sharing a wire on the speed, duplex, and controls to govern the use of that wire. The protocol transmits a Fast Link Pulse (FLP), which states the transmission capabilities of each side, so the best rate can be chosen that’s acceptable to both parties. It is very important to the Ethernet architecture and technology as a whole to ensure system interoperability and ultimately achieve success at such speeds.

In-vehicle networking is evolving at a rapid pace driven by the development of autonomous driving and connectivity. As we look ahead to higher-definition video streams and aggregation of data from multiple sensors, high speeds, and more flexibility will be even more necessary. Automotive Ethernet is the first automotive-specific Ethernet standard to meet the needs of vehicle networking, and provide reliable, mature, low-cost, and standardized solutions. Automotive networking is still very much an open discussion and we must wait and see what challenges it shall face. 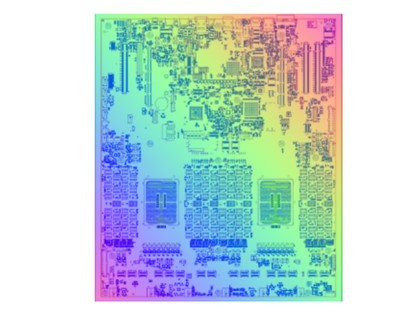