A system integrator located in Southeast Asia specializing in military electronics collaborated with Lanner to develop a robust vehicle gateway offering wireless connectivity and the right form factor to fit into the limited space of an armored vehicle. The co-developed system also meets the military-grade ruggedness to work stably in mission-critical operations. In order to optimize the intercommunications for tactical operations, the vehicle gateway shall meet the following technological requirements:

The antenna I/O of the vehicle computer must be extended to the outer side of the military vehicles in order to establish real-time wireless 4G/LTE communications in the fields.

The vehicle computer shall be equipped with mini-PCIe sockets that support mainstream RF frequencies such as LTE to communicate with other mission-critical vehicles, like police patrol cars, ambulance and fire trucks.

Since wireless network connectivity is one of the most critical requirements, V3G offers 2 x mini-PCIe sockets with swappable SIM slot supporting 3G/4G/LTE cellular communications. In addition, the compact system comes with built-in GPS for navigation and multiple antenna I/Os for extended receptions. As an in-vehicle computer, V3G boasts an abundance of I/O peripheral connectivity including 2 x serial COM ports, 2 x video output by DVI-D, USB and Digital I/O ports, and 2 x RJ-45 LAN ports to work with other components and subsystems in armored vehicles. For storage, V3G comes in SATA/mSATA storage options. 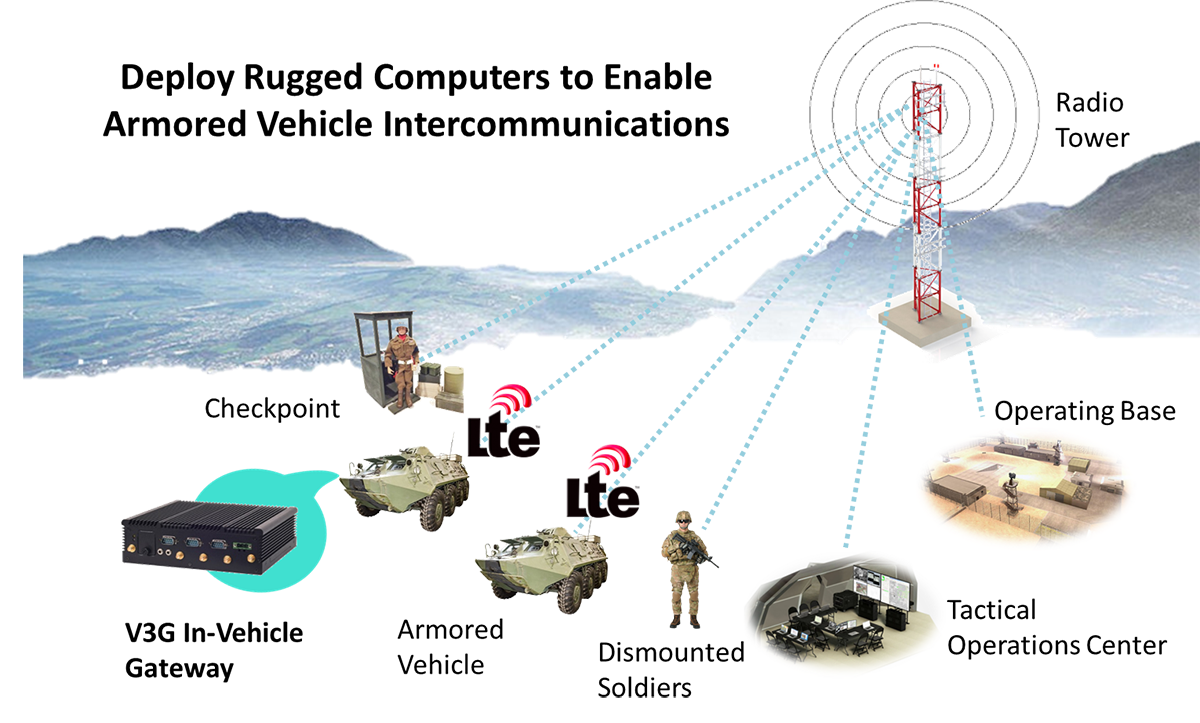 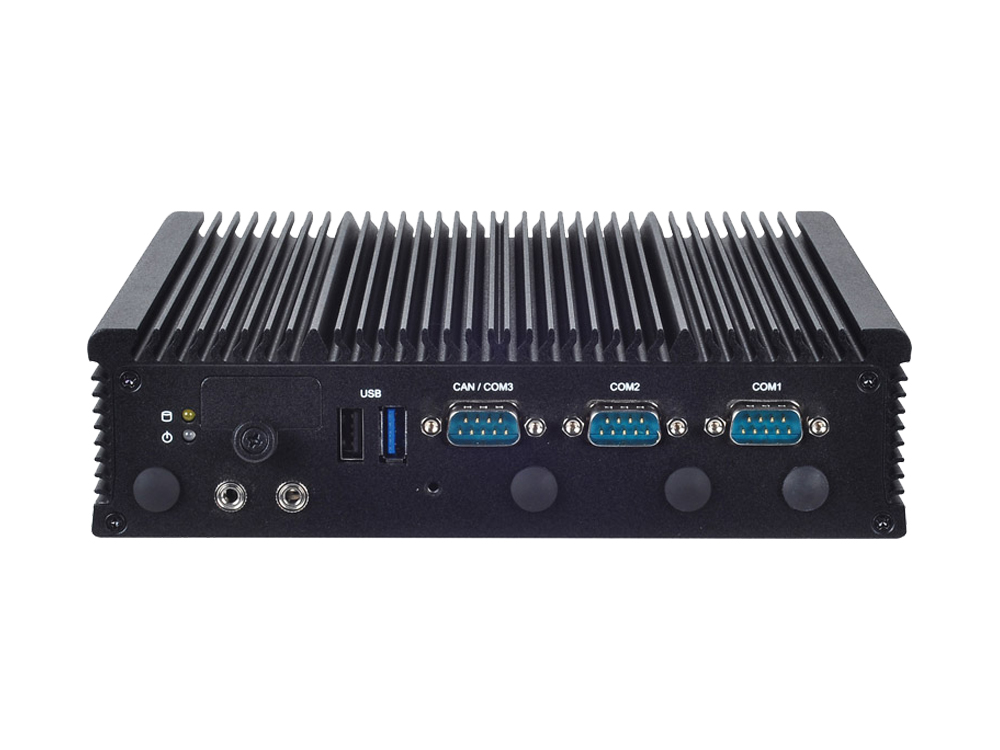