Network Slicing: the Key Technology to Fulfill Promises by 5G

The current telecom industries are facing one of the most revolutionary eras that will drastically change the ecosystem, which is the upcoming of 5G networks by 2020. In the mean time, industry players have already employed technologies like SDN (Software-Defined Network) and NFV (Network Function Virtualization) introducing a more flexible, more agile, more visible and more secured network architecture.

In addition to connectivity, the real promise of 5G is the integration of cross-domain networks, allowing a single physical network infrastructure to be used in a variety of network-as-a-service for multiple applications while performances and QoS (quality of service) shall remain at optimal. This is known as “network slicing”, where a single hardware network architecture is sliced into various virtual network services. Network slicing indeed presents new challenge for telecom service operators.

The dynamic 5G network slicing is highly anticipated as it will enable operators to slice a single network hardware into multiple virtual networks to meet various demands of networks services. In order to fully optimize the promises of 5G specifications, network slicing is the key element.

Let’s briefly go through how network slicing works. The sliced networks are the logical layers of the physical network, and each logical network represents an independent end-to-end network, which can be custom made for specific applications and services due to its virtualized nature. The concept of network slicing is made realistic by the two recent network evolutions: SDN (Software-Defined Network) and NFV (Network Function Virtualization), which have already been employed by major industry players.

If this technology is deployed successfully, service operators will be able to maximize their hardware investments to offer customizable services for a wide range of application scenarios. For example, in a smart home scenario, an IoT enabled household electronics, said air conditioner, can be linked to a network slice for status monitoring only but no other essential functions, so that the latency and data transfer rates can be compromised for another simultaneous network slice, which requires high-performance and high-throughput communication, such as self-driving vehicles or VR applications.

At present, major telecom associations in the world, particularly 3GPP (3rd Generation Partnership Project), is working on the standardization of 5G architecture and network slicing. Currently, the parameters lie in the standardization include provisioning, slice HW/SW management, interoperation, and performance in/out of isolation.

In addition, there is a momentum in reconstructing cloud RAN, since a network slice is defined as a logical network with completed function set, such as RAN (Radio Access Network) and CN (Core Network) in order to provide customizable services. Notably, all slices share a single hardware architecture, which means the hardware owner/manager is capable of accessing, monitoring and managing all the network slices derived from the same hardware server.

Due to the nature of network slicing, it is strongly suggested that the shared single physical hardware server should be in open-architecture white-box in order to ensure interoperation among all the derived logical networks. For instance, Lanner flagship HTCA-6600 is a high-throughput carrier-grade network appliance designed with ultra-computing capability to act as the VM to run multiple network slices while performance is uncompromised. Indeed, in 5G infrastructure, HTCA-6600 is optimal for vEPC (virtualized Evolved Packet Core) and vRAN.

As the commercial 5G deployment approaches, telecom operators will be presented with the opportunity to take network slicing a step further by adopting horizontal slicing, where a networking node such as a mobile edge computing (MEC) server within a vertical slice, which can further slice its computing resource horizontally, and dedicate one of its slices for use by a mobile device connected through a high-data-rate and low-latency radio link such as 5G New Radio (NR). Also, horizontal slicing may facilitate a network slice that brings low-latency and high-bandwidth communications for AR and VR applications. 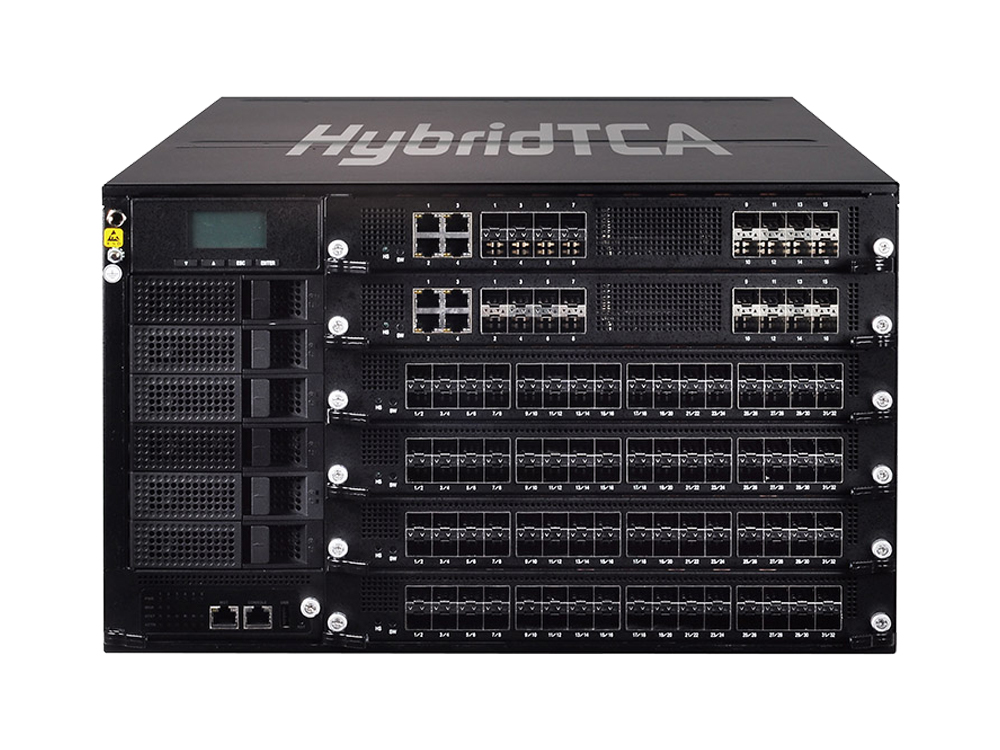