Dis-aggregating and simplifying the network? See how it can be done in Barcelona at MWC 2018 - Lanner Electronics | Network Appliance | uCPE SD-WAN| MEC Server | Intelligent Edge Appliance

Dis-aggregating and simplifying the network? See how it can be done in Barcelona at MWC 2018 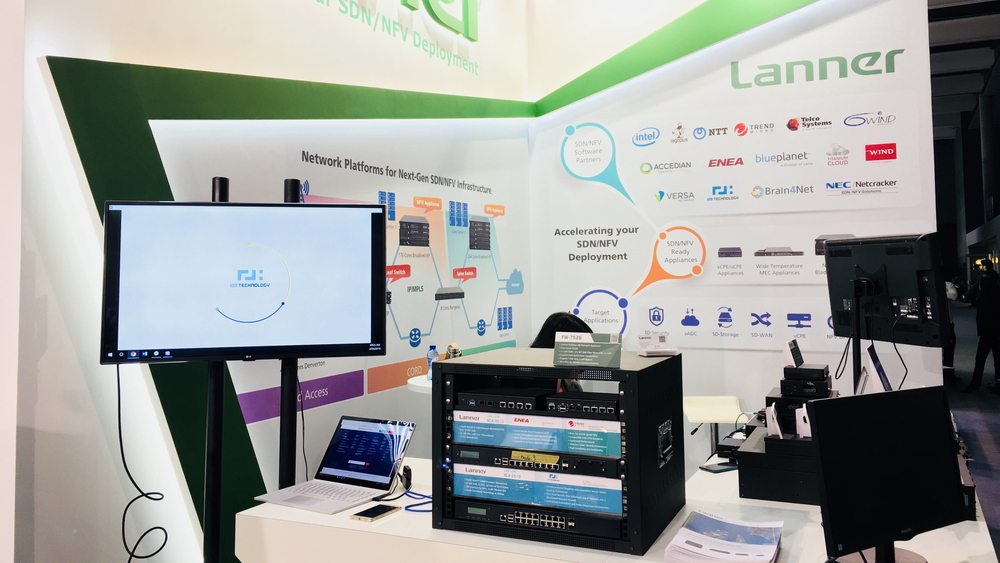 2018 just started and the hype about NFV and SDN has been around for some time now. For the past years, service providers tested, validated and showcased many proof of concepts and created an eco-system what can help the migration path towards a simplified, open and programmable network infrastructure. 2017 seemed to be the year of the initialization of the network transformation starting with the lowest level in the network, the Customer Premise Equipment (CPE).

With the first rollout of virtual network functions at the customer premise, Software Defined Wide Area Networking (SD-WAN) is accelerating in its deployment. Many of the service providers are focusing on this in 2018 to bring new cloud-based services to the enterprise. In parallel, Software Defined Networking (SDN) at the Edge and the Core is enabling the consolidation and simplification of the network to deploy Virtual Network Functions for the combination of mobile and fixed networks. The SD-WAN concept is also being adopted by the broadband, cable and satellite operators and therefore shows a strong foothold as a baseline to a 5G infrastructure. Another fact is that network security has become a more critical foundation in the software defined word when rolling out SD-WAN and vCPE applications. Working with an ecosystem has been even more crucial whenever when providing solutions for NFV and SDN.

The next big wave in the network deployment scenario is the conversion of the traditional central office into “mini Datacenters” or also called Edge computing. That will ultimately differentiate the cloud service providers to the original Communication Service Providers. Moving some of the compute resources into a distributed versus a centralized model, reduces the concerns about latency, networking and compute resource allocations. That requires greater networking capabilities, dense compute platforms with connectivity’s beyond 40G and a carrier grade high availability architecture what can be orchestrated and managed throughout the network.

At Lanner, we have identified key partners to bring solutions to the market what solve challenges in the new software defined world for SD-WAN, vCPE and Edge Computing also addressing multiple vertical markets in preparation to the 5G demand. This year MWC has not only brought new platforms to the market for the software defined world but also showcased some of the solutions what are optimized for elasticity in the network.