In dense urban environments where traffic flow is heavy, keeping up with traffic control and maintaining road safety at intersections with the heaviest traffic is often tricky as vehicles and pedestrians’ behaviors are erratic and unpredictable, not to mention the fact that not all are prone to follow the traffic regulations at all times.

A city government came to Lanner looking for a hardware solution intended for curtailing the aforementioned violations; this particular hardware appliance was to be integrated with Gorilla IVAR™ and deployed as an AI-based intelligent video traffic monitoring system. Ultimately, the goal of this project does not end with preventing traffic violations, it must also deliver a blueprint for how similar solutions could be utilized for 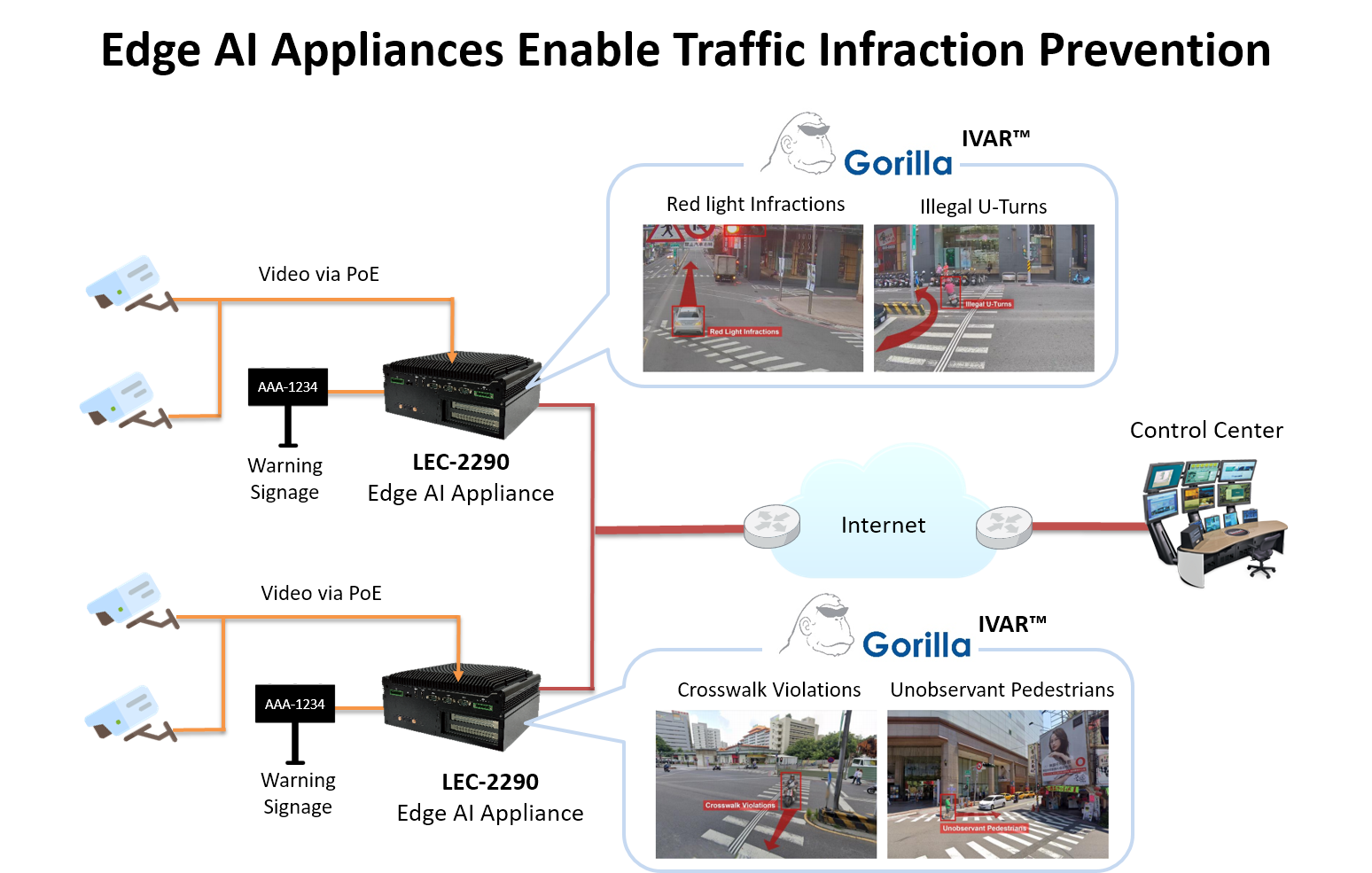 An AI-based traffic monitoring solution involves the integration of rugged edge AI-ready platforms, AI inference servers and intelligent video analytics recorders. The said AI-ready appliance must be capable of, or enable, not only recording and capturing real-time traffic data such as vehicle speed and driver behavior, but it would also be expected to pre-analyze and pre-cross-reference information is captured and collected.

Lanner’s LEC-2290, an IPC designed for intelligent edge computing, was eventually selected for this project. This box PC is powered by the 8th generation Intel® Core™ i7 CPU (codenamed Coffee Lake S) and features up to 32GB DDR4 memory, 4x PoE for camera connections and PCIe/Mini-PCIe slots for GPU cards.

Live streams are captured using RTSP IP cameras connected to a 4G router and the LEC-2290 (where Gorilla IVAR™ is running) via PoE and/or RJ45 LAN ports, the captured streams, a.k.a. the inference data are then transmitted to the management site for data crunching. The LEC-2290 in this case leverages GPU-accelerated frameworks for speedy and latency-free data processing and video transcoding. Last but not least, the resulting information are pooled and archived for building a database on which further data mining can be carried out for even more accurate and precise analysis.

This project succeeded in illustrating not only the frequency by which traffic violations, such as illegal turns, occur but also the capability Edge AI technology could deliver for aiding the law enforcement. Furthermore, this particular project elevated general public’s awareness for proper driving etiquette and pedestrian safety.

Such initial results not only look promising but also prove integrating tech solutions into urban planning and public safety is a worthwhile investment as all data and resulting analysis can be counted on for similar future projects in larger scopes and bigger cities. 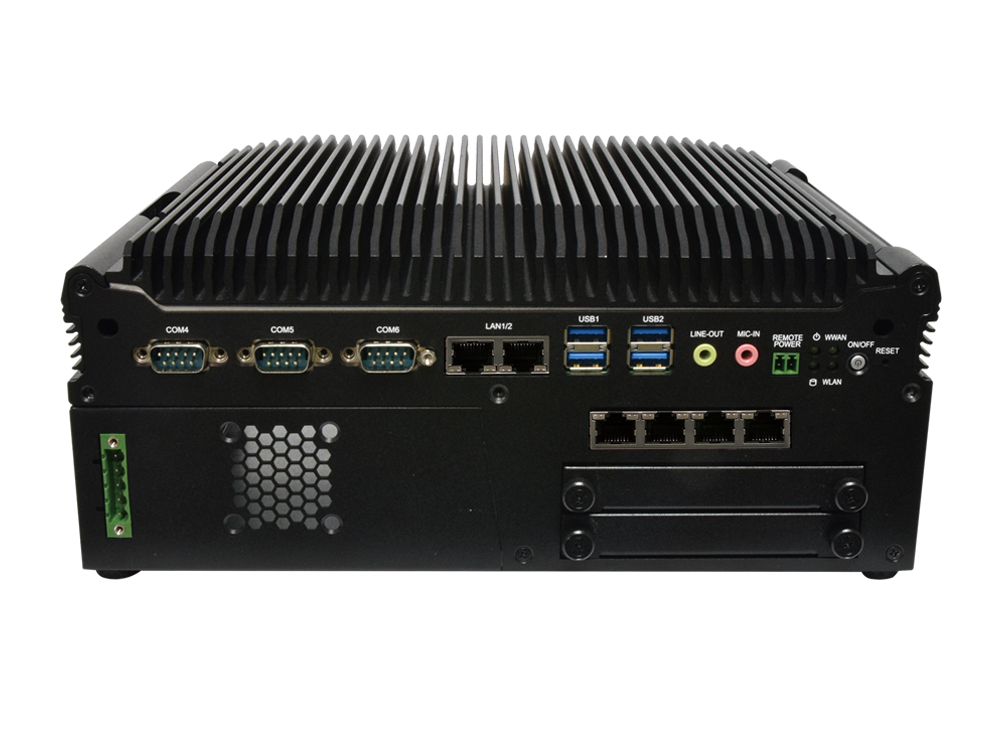