With the rapid rise of BYOD (Bring Your Own Device) phenomenon contributed by the widespread of smart mobile devices, the increasing implementations of wireless accessing points (APs) in corporate environments have become an attraction for potential network intrusion and data theft. As software-based measures have been found with numerous loopholes, corporations have to rely on hardware-assistance for total solution in BYOD environment. The following will discuss the BYOD situations in details and present a hardware-assisted total solution with multiple advantages including Intel x86 firewall architecture and high-port density, which are optimally deployable for BYOD settings.

According to a recently released report, the percentage rate of companies allowing BYOD has jumped from around 20% to nearly 50%. Many of them suggested that it would reduce costs in computer hardware and related technical supports. However, BYOD is a double-edged issue as it opens the control gate of wireless network access to those who bring their own computing devices to workplaces. This may pose unexpected risks to confidential data for corporations.

Before there was wireless network, IT intruders attacked the Internet or the Extranet paths of their targeted enterprises and redirected these paths to fall into victims of their control. They will then access and filter the packet information to dig out confidential and sensitive data.

Compared to the traditional wired network, WiFi structure is far easier. Due to its wireless nature, there is no physical boundary and the signal travels boundlessly. As long as IT intruders can receive the WiFi signals of their targeted corporations, they can easily access the confidential information, which could be devastating to the business sustainability.

Most IT infrastructures in corporate-settings just adopt encryption and identification procedures. Though it provides some degree of protection, wireless network are quite easily accessible as mentioned previously. Therefore, it is necessary to implement cache and storage control as well as strict identification verification.

Though some IT professionals employ WPA/WPA2 (WiFi Protected Access) as their protection measures, these software algorithm defenses are easier to break in than the hardware approaches. In fact, hardware firewall/UTM platforms are proved to be more reliable as they are basically impenetrable unless a physical attack to the hardware takes place. Therefore, corporate IT professionals shall adopt hardware firewalls and UTM (Unified Threat Management) as they do for wired network accesses.

To meet the demand of BYOD applications, a versatile enterprise-class network security appliance would offer an all-around platform for wireless network switch and UTM security. In this case, Lanner’s UP-2010 is an ideal all-in-one single console for the following advantages.

In a BYOD environment, high-port density and connectivity are crucial for convenience. Lanner UP-2010 offers high-port density with twenty-four 1GbE RJ-45 copper ports and plus two 10GbE SFP+ ports. In fact, UP-2010 is built with Marvell® Prestera® 98DX3035 packet processor, with the sole purpose to accelerate switching processes.

As mentioned earlier, security is a major concern in BYOD setting. Lanner UP-2010 is built with Intel® Atom™ C2758 8-core, 2.4 GHz CPU, codenamed “Rangeley”. This Intel x86 architecture is ideal for firewall application due to its flexibility, scalability and power efficiency. Enabled by Intel® instructions such as Intel® QuickAssist Technology, UP-2010 is capable of processing cryptographic duties and packet inspection tasks.

From the advantages discussed above, UP-2010 offers a 3-in-1 versatile single console for network expansions, high-port density as well as firewall securities. For more information about this featured product, please visit Lanner at products/network-appliances/x86-rackmount-network-appliances/up-2010 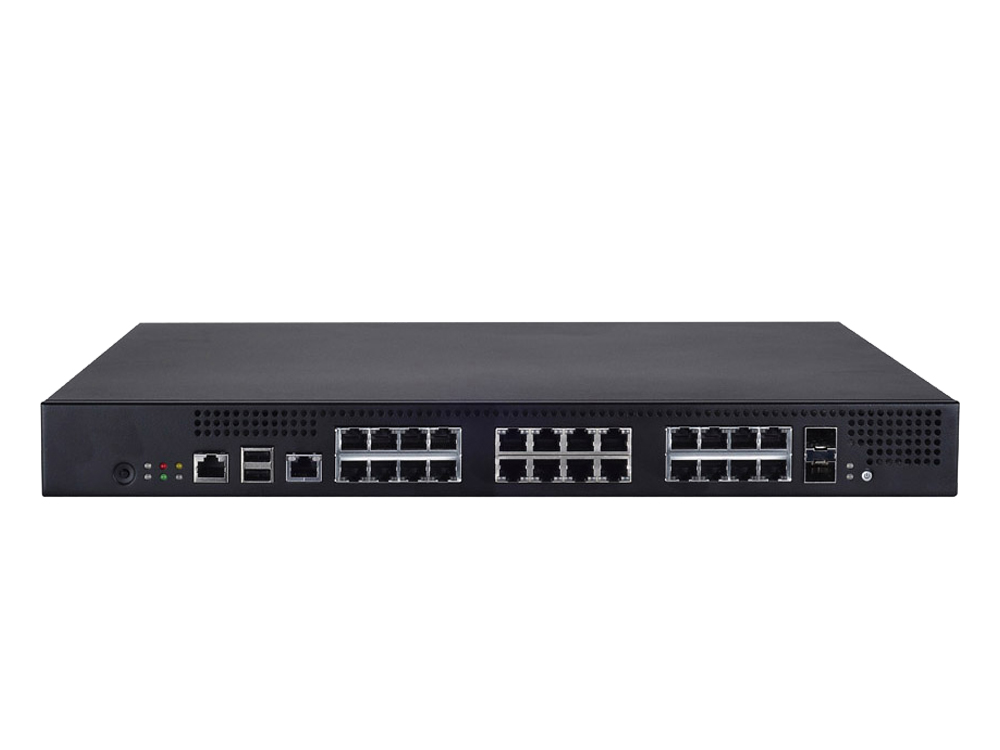